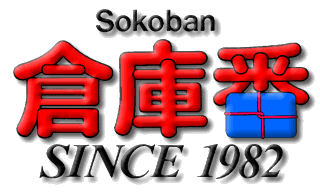 This site is dedicated to Sokoban.

Sokoban is a puzzle game invented in Japan in 1980 by Hiroyuki Imabayashi.

“Soko-ban is the Japanese word for warehouse worker. It is written with three kanji, 倉 , which means warehouse, storehouse, cellar, treasury; 庫 , which means roughly the same; and 番 which surprisingly means turn as in turn-based.
The hiragana equivalent (So far only found on the title of Super Soko-ban) is そうこばん , so-u-ko-ba-n. Soukoban is thus often considered the correct transcription, but the name of the game was always spelled Soko-ban when written in romaji, as for example on the title screen of Soko-ban Perfect:” *)

The first Sokoban program was released in 1982 in Japan by Thinking Rabbit for the Nippon Electric Company computer NEC PC-8801.

The first release of Sokoban in western countries was Soko-Ban by Spectrum Holobyte, released for several platforms in 1984.

Most of the stuff can be found on the net, some legally, some illegaly published.

But where to find it and who gets the credit? Websites comes and goes and often are only found on The Way Back Machine.

The ambition of this site is to collect and present stuff you actually want to use, provide links to Sokoban sites live or dead and to give a presentation of people that took part in the history of Sokoban as artists, designers, programmers…

Right now it is a one man project. And it gets exactly as I want it to be 😎 . But why shouldn’t that be different in the future.

Please mail me with whatever you like concerning Sokoban.

And who am I ? Tyge Fogh from Denmark
Alias: Bjertrup/DrFogh
The author of this site.
And some puzzles too.
Could not decide which alias so now it is Bjertrup at SokobanOnline.com and DrFogh otherplaces…I think.
Sokofan more or less the last 10 years but not active producing puzzles and stuff until 2015. At least not in public.
Another big interest is bridge.
In my spare time I am a family doctor 🙂

I often wonder how you can make very simple puzzles and nobody ever made them before. This little beauty avoided invention for 34 years: 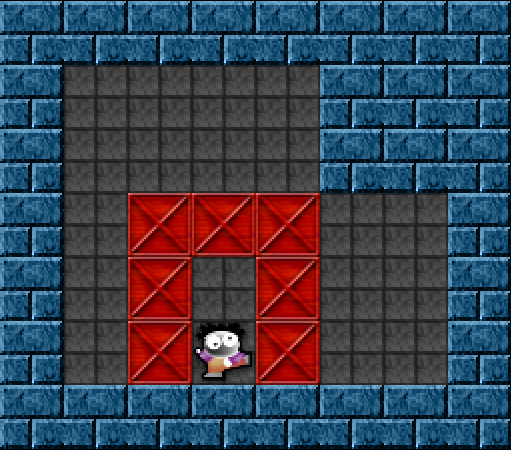